CRISPR for dummies: Changing the face of healthcare

This blog is about an exciting new development in disease treatment - gene editing. Our medical writing team explain the basics of CRISPR, a new gene-editing tool. Gene-editing technology itself isn’t new, but CRISPR has made it easier and cheaper.

CRISPR: The possibilities of gene editing

In my previous life I spent many days (and nights) toiling away furiously in the laboratory to complete my PhD. My research area was a combination of disciplines and techniques touching on genetics and gene expression. However, it wasn’t until I moved into the area of Intellectual Property Law that I became aware of CRISPR - a powerful gene-editing technique. Now, as a medical writer it is massively exciting to see the theory become reality working on projects using the technology and continually seeing the science evolve and progress.

CRISPR (pronounced crisper), is a powerful DNA or gene-editing tool whose origin lies in the natural adaptive immunity of bacteria. It enables DNA to be cut at precise locations, allowing for its accurate and targeted renewal or replacement.

Gene editing revolution – what is it?

The path of scientific discovery often follows a pattern of years of slow progress that culminates in a sudden breakthrough. CRISPR is one such breakthrough that is likely to revolutionise the biomedical sector. Outside of the biomedical field, we are already seeing its application in agriculture where it is being used to improve disease resistance and nutrient profiles in crops.

The revolution is in the accessibility

There are well established genome editing tools available such as zinc-fingers nucleases (ZFN) and transcription activator-like effector nucleases (TALEN). However, these have often described as slow, complicated to develop and therefore inefficient - not to mention expensive. CRISPR on the other hand is much easier and cheaper to use. Within a year or two of its arrival researchers were using the technique at a fraction of the cost. Importantly, the tool is precise, accurate, and targeted. Therefore compared to previous methods, the CRISPR system is like trading in rusty scissors for a computer-controlled laser cutter. That is not to say the technology is perfected yet. Work is still in its infancy - with a recent publication calling the precision of the technique into question. The study found that CRISPR-associated proteins, called Cas9 enzymes (CRISPR-associated protein 9), continued to cut DNA sequences distal to the intended target site. This could result in unwanted and potentially pathogenic consequences, which while this seems scary, could potentially be avoided with the advent of newer gene-editing technologies.

The University of Pennsylvania is using CRISPR to increase the lethality of T-cells against a patient’s particular cancer type. These ‘weaponised’ cells are then reintroduced back into the body to attack the patient’s tumour cells. Indeed, potential cancer therapies using CRISPR appear high up on the agenda with clinical trials across multiple cancer types in the pipeline. Other diseases being targeted include HIV, sickle-cell disease and β-thalassemia to name but a few.

Recently Scripps Research scientists used CRISPR to precisely cut out a region of the human genome, 9p21.3, which is strongly associated with blood vessel abnormalities and life-threatening cardiovascular disease. By deleting this region the health of human blood vessels was restored.

Looking to the future of gene editing

There are many pharma giants collaborating with CRISPR start-up companies and investing heavily in research. They obviously see the potential and cannot be left behind. Significant investment in the future of CRISPR could see the eradication of many incurable diseases.

A note of caution

Yes, CRISPR could be the answer to many of our healthcare challenges. However, genetic modification has always been a controversial issue – think GM foods. There are regulatory issues to consider as well as ethical issues. Current regulation is lagging behind the advancement of this technology and future regulation will have huge implications on the therapeutic application of CRISPR.

Ethically there are real concerns. Jennifer Doudna (one of the breakthrough scientists of CRISPR) has expressed real concern that science could run ahead of ethics. Despite calling for scientists to refrain from germline editing (i.e., embryos, sperm, egg cells), one group has already done so to prove that diseases may be prevented before they can develop. Highlighting that even within the scientific society, opinions on why and how this tool is used vary massively.

A controversial example of unethical practice involving gene-editing is of Dr. He’s alleged work where he used CRISPR to remove the gene CCR5 in the embryos of twin girls that were born in November. He claims that by deleting this gene the girls are now resistant to HIV. His work has received heavy criticism from the scientific community with calls for his research to be published in a peer-reviewed scientific journal.

There is no doubt that CRISPR is a fantastic tool with unimaginable potential. As medical writers, we will be lucky enough to see the developments and its impact on disease treatment and drug development.

Our medical communications team specialise in simplifying the complex without losing the nuances and integrity of the information. We can quickly transform complex medical and scientific content into multiple digital formats for many different target audiences – including sales teams, compliance teams and marketing teams.

Talk to us today about how we simplify the complex without dumbing it down. 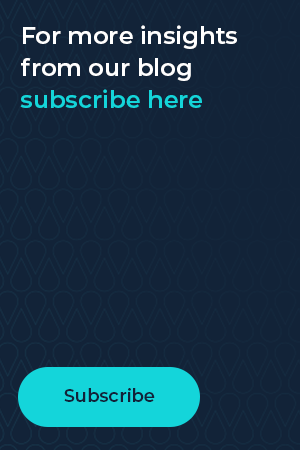 Subscribe to our blog for more insights from Inklab